“This is for your thoughts,” she said. So…this is my story.

Meet Virginia Anne Wilder, a spunky young girl you’ll soon grow to love! Set in a rural part of Texas during 1921, Virginia laughs, toils, dreams, and enjoys life alongside her loving family and friends. On her family’s farm, there is always plenty of work to do and entertainment to be had. Virginia’s diary spans over some of the most important times of a young girl’s life as she gets into scraps and learns vital lessons about friendship, sorrow, and love. If tragedy happens or hardships come, will Virginia know what to do? Penned in delightful diary format, explore through Virginia’s eyes as she discovers what’s most important in her life and blossoms into a leading young woman.

A lot can change when you’re growing up…

Also included in the back is a historical note complete with photographs and recipes from the book.

Laura Ingalls meets Anne Shirley in this spunky story by Hannah Loviisa. This book made me wish my grandmother had kept a diary. I loved every moment and every entry in Virginia’s journal. Just six short months left me wishing for so much more to the story. This tale of Virginia Wilder, her friends, and family has earned a place on my bookshelf with other beloved stories. The writing is feisty and frank. My favorite thing about this book is that the girls were allowed to run and play just like the boys. While 1921 was a year of change and expansion in the United States, life on the farm was hard, dirty, never ending hours of work. The characters come to life and seem to jump off the pages. I found myself laughing out loud at Virginia’s antics. She is surrounded by a warm, loving family who are quick to forgive, ready to laugh, and always willing to help a neighbor in need. Tales of life and death, joy and sorrow fill this book. Virginia is on the cusp of womanhood, discovering who she is and what matters most in her life. I loved the diary format and the historical information and pictures at the end. I recommend this book for all ages. I cannot wait to read another book by this author.  ~Pattizona

I really enjoyed reading Growing Up Wilder! It kept me interested until the very end. Not only did I get extremely attached to the characters, but I could relate to Virginia Wilder in almost every way. I feel like there was a proper understanding of the culture back then which really added to the quality of the book! I will be recommending this to all my sisters and friends!  ~Linde Mitzel

Written from the perspective of a 14-year old girl in Texas, this book takes place in the 1920’s—an eventful time in American history. Virginia steals your heart as a feisty girl with a mind of her own who is not afraid to speak out and also admit when she’s wrong. Engaging, refreshing, and full of humor, Growing Up Wilder takes the reader back to the days when life was lived simply and fully.  ~Amazon Customer

I would like to address you, “My dear speechless friend,” but I suppose that might be unsuitable so I will have to settle with calling you “Diary” until I think of something else.

Right now, I am perched in the branches of our old peach tree behind the barn. The peaches aren’t quite ripe yet, but they will be soon.

I guess it is only fitting that you know your history, so I will tell you. I got you on my fourteenth birthday, which was eight months ago, but I lost you until now. That, I believe, had something to do with one of my little brothers.

I was sitting in the barn reading when Ma walked in and handed me a small book, leather-bound with a handsome blue ribbon bookmarker. “This is for your thoughts, Virginia,” she said. So…this is my story.

I guess I should tell you a bit about the towns where I live. There’s an old, fascinating story about them. Two brothers founded the towns in 1874. The tale goes that they both fell in love with the same beautiful woman and set out to impress her.

The brothers toiled endlessly to each start their own huge ranch. These later became Fort Derek and Fort Ethan as people started to settle around them. Now they are known as Dustville and Growlersburg.

My family lives between them, but closer to Dustville, about twelve minutes walking time. Growlersburg is about half an hour away from my family’s farm.

I must go. Ma is calling. I will write more later. Until then I remain faithfully yours,

We have just finished eating beef stew. There are eight of us in the Wilder family. There’s my wonderful Pa who is always working so hard to provide for us. He’s so strong and cares about each one of us deeply. Ma says she thanks the Lord every day for him, and for his strong chin which she noticed when she first met him. Ma is so humorous and wise. I hope that someday I will be able to acquire half her tenderness and compassionate heart.

Clara is the oldest of us children at seventeen. She’s a lot like Ma, smart and sweet. We’re very close.

I am the next child and fourteen as I mentioned. Daniel comes after me. He’s very persevering and enjoys working on the farm with Pa. I would have to say he’s the most mature thirteen-year-old I know.

Samuel and Martha are eight and six. They’re naughty at times, but not on purpose for the most part. They just don’t think about what could—and usually does—go wrong. Sam and Martha don’t have to work as much as we older children do, but lately they’ve been learning more farm and house chores.

The youngest is Charles. He’s a bouncing blond one-year-old. Soon there will be another Wilder! Ma will be having a baby in November.

I’d better stop writing now. Pa is going to read to us from the Bible.

Just a little bit ago I was helping Ma put out Samuel. Ma and I were out in the garden picking tomatoes when we heard Martha screaming in the kitchen. Jumping up, we went rushing into the house.

Lo and behold! There stood Sam with his shirt tail aflame! Ma started beating the fire with her apron and I grabbed the dishwater and drenched him.

Martha told us that she and Sam were trying to help by starting a fire in the oven so Clara could bake when she got home from Growlersburg. (Clara met us after school, and she and Danny went to the General Store to get some supplies.) Martha was handing Sam the kindling and he was putting it in the stove when he turned his back to the flames and a tongue of fire shot out. That’s when Martha started screaming. Thankfully, Samuel didn’t get burned badly. Ma scolded them both and instructed them to always wait for an older person before starting a fire until they are mature enough.

This morning, we got a ride to school because Pa had to pick up a delivery from the mill in town. In Dustville we have our little church, the Van Merrill’s Dress Shop, a grain mill, Hay & Seed, Dr. Lansford’s office, a sawmill, Van Merrill’s Drugstore, a livery, and a schoolhouse.

Growlersburg is bigger than our town of Dustville, and most people there have electricity and cars. It also has some buildings that Dustville does not have, such as a press, Rowdy’s Soda & Ice Cream Parlor, a grocery store, barber, butcher, seamstress, bank, and gas station. There is a telephone at the soda shop that the public can use for 5 cents. A few of the rich families even have a telephone in their own house!

Sometimes we go to the barber shop at the General Store in Growlersburg or the soda fountain in Van Merrill’s Drugstore here in Dustville to listen to the radio, mostly just from a local station. They give crop reports and broadcast music and such. Danny likes to listen to the baseball games they’ve started broadcasting. It’s all so razzle-dazzle.

During the election, Pa went to the drugstore a lot to discuss political views with the other men. Last year, women voted for the first time! Quite a few women kept up on politics. Ma was too busy for all that, so she just had Pa help her mark her ballot. It’s so strange to think that I will be able to vote once I turn twenty-one! 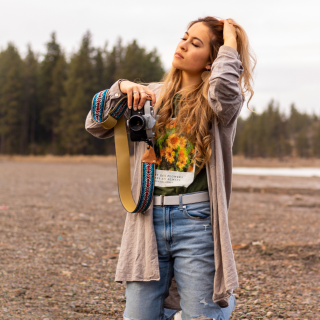